The HEN casting plant as an attachment for almost all carrier vehicles with the possibility of assembly according to customer requirements. The professional casting plant offers uncomplicated operation, flexible assembly and individual barrel volume (depending on the vehicle type). In addition, the casting plants can also be designed fully electric and mounted on electric vehicles.

The HEN casting plant as an attachment for almost all carrier vehicles with the possibility of assembly according to customer requirements. The professional casting plant offers uncomplicated operation, flexible assembly and individual barrel volume (depending on the vehicle type). In addition, the casting plants can also be designed fully electric and mounted on electric vehicles. 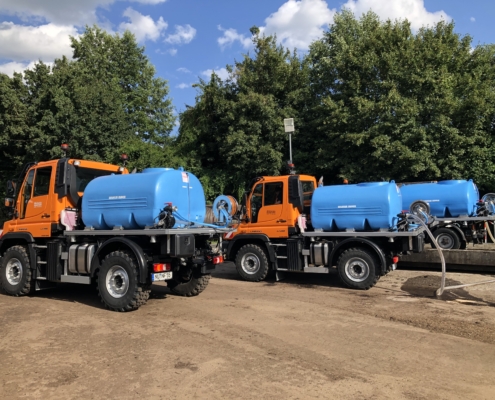 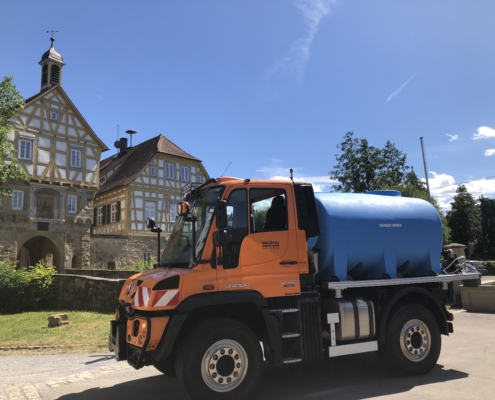 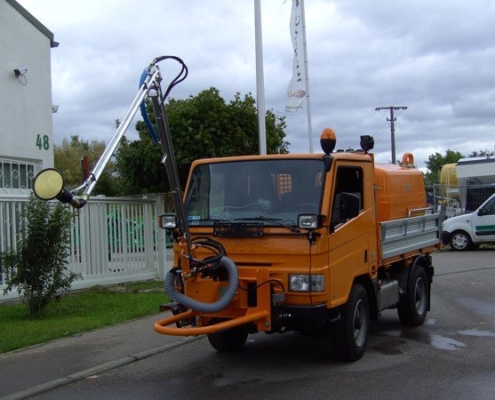 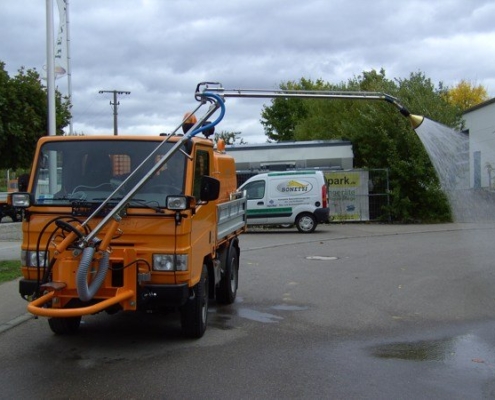 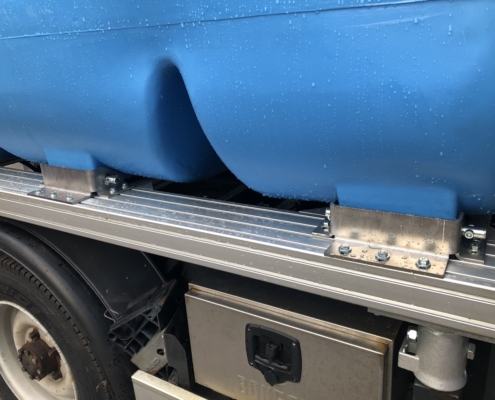 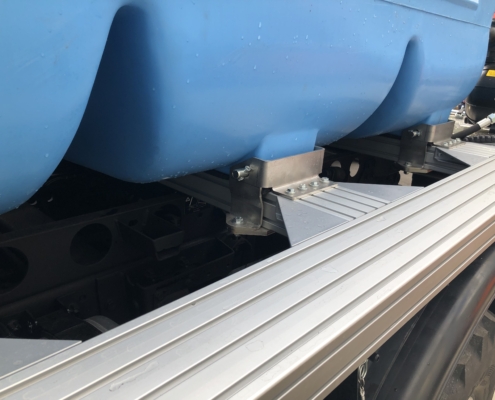 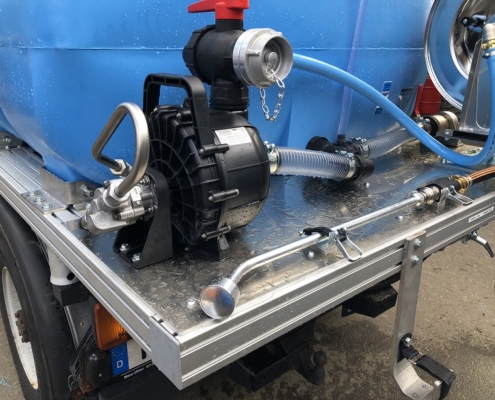 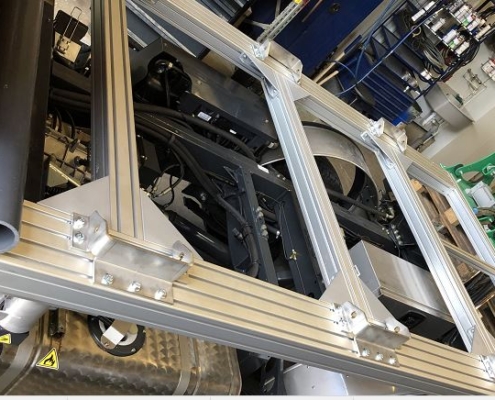 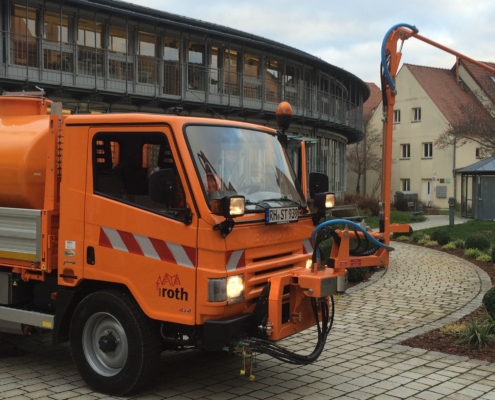 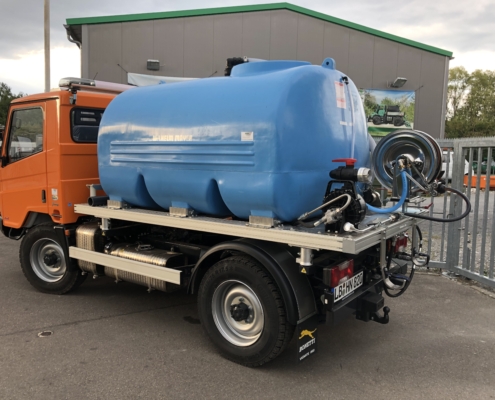 About the HEN Casting Plant

The professional casting plant of HEN AG is modular and can therefore be built on almost all carrier vehicles. You also have the option to choose a fully electric version of the watering system, which can be built on electric vehicles.

The payload of the carrier vehicle is adapted to plants and is used for irrigation of green areas. The barrel is built on aluminum profile frames with appropriate accessories such as hose reels, holders for standpipes, tool boxes.

The 15 m long pressure hose is easy to use due to the hand spray tube with pistol grip and quick coupling and can be reeled up automatically. A joy stick and electric remote control allow convenient control of the watering arm and water volume.

The watering system can be operated by a high-performance pump powered by the vehicle’s hydraulics or by a separate combustion engine.

The driving comfort and safety remains due to optimal load distribution even with a high center of gravity!

Likewise, our Baffle Balls provide stability and safety during cornering and braking maneuvers:

More safety due to baffle balls

Baffle Balls are spherical plastic bodies with holes, which are available in different sizes. They can be placed in the barrel through the barrel’s dome opening.
Baffle balls are an alternative to baffles, which are permanently installed in barrels from other manufacturers. Baffles or baffle balls are needed to minimize the surge of the liquid that is in the tank. Without these precautions, the inert water mass could react to changes in direction and speed of the carrier vehicle with very strong movement relative to the water drum.

The baffle balls ensure that this relative movement is damped and that there is no rocking of the body. The vehicle thus remains stable and controllable for the driver even when cornering and during braking maneuvers.

How does the watering system work?

The water barrel of the casting system is connected to a feed pump. This pump conveys the previously filled liquid, e.g. water, from the tank/barrel. The liquid is fed through the hose, which can be rolled up and unrolled on a hose reel. At the end of the hose there is a pouring lance with which the water can be sprayed in the desired direction.
A hydraulic, electric or mechanical drive is possible for the feed pump.

Our attachment can be flexibly designed according to your wishes and requirements and enables professional, economical and powerful support in different fields of application. 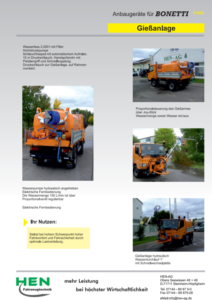 The HEN casting plant is available with variable capacity and various equipment options.

You can design our attachment according to your wishes and requirements.

The HEN casting machine is one of many devices used for mounting on almost all carrier vehicles.